So Where is the Value?

So Where is the Value?

In everything we do there should be some value – some importance in what we do. If not, then why do it?

Without any worth, the thing that you’re doing becomes a chore or you can easily drift on to something else. So we need to see the value in what we’re doing. 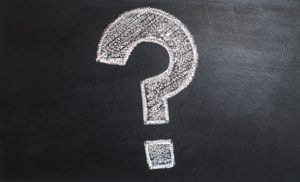 Who has the Value?

On a project there a many people involved and they’re all looking for the “Value“, i.e what is in it for them?

As you can see, to each of the people involved in the process the value comes at different times. It is only when the product reaches the customer that the true value is attained – until that time we’re carrying “Value Debt”.

Why do we view the importance of timescale and budget when assessing the success of a project? Why do we place so much emphasise on project timescales and meeting the guesses made at the start of the project? That isn’t where the value is as we’ve seen from the above example.

Timescales are important but they are not THE most important thing. They are an indicator, an attribute, to the project but once they’ve been achieved they don’t deliver any further value.

Unless there is a time specific reason, no Customer will ever buy something due to the product being there on time if the functionality / worth / value isn’t there.

We must never lose the value of why we do something.

As a PO, what do you need from your Scrum Master? Andy Hiles and I ask the folks at @YorkshireWater If you would like to explore how to be a Product Owner and how to work with your Scrum Master get in touch.

Andy Hiles and I spent a few days last week with a team from Yorkshire Water disucssing the roles of Scrum Master & Product Owner.

We asked for tips for being a Scrum Master. So pleased to see "Communicate, Coach, Listen & know the team" as a common the…https://t.co/scE2KoUyOd